Walk through the entire build cycle from design to construction

Professional ramp designer and builder, Marcus Rosenthal, walks you through the entire ramp building process. He shows you how to design your ramp, what materials you need, how to build each stage of your ramp and how to finish it all off. If you have ever wanted to build your own ramp, this is the course for you!

This course is available for single purchase or you can take it as part of your All Access Monthly Membership! 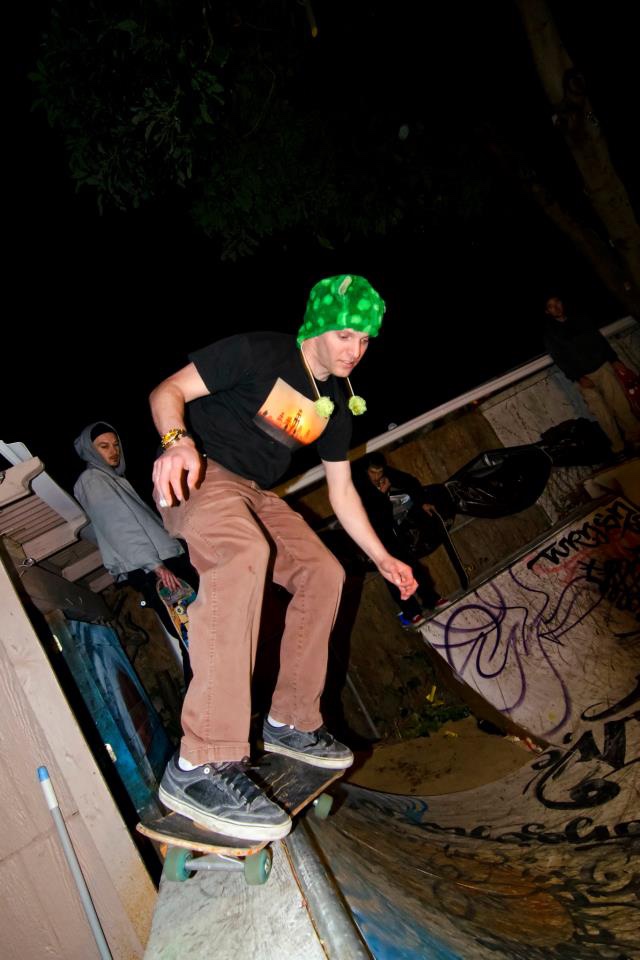 Marcus Rosenthal has been skateboarding for 33 years and building skateboard ramps for 27 years. Marcus started recording ‘How to Build Skate Ramps’ videos with Braille University in October 2017. He recently moved to Venice, California after living in San Francisco for 7 years. Marcus is passionate about designing, building and skating unique and creative skateboard ramps. Marcus grew up skating in Los Alamitos, California in Orange County in the late 80s and early 90s which had very few skateparks or legal spots to skate. So, he started out street skating while trying to not get caught by security guards or cops and on a rare occasion was able to make it to a couple private skate parks 1-2 hours away such as McGills Skatepark in Carlsbad or the Moreno Valley Skatepark. In 1990, at the age of 10, after watching a 5 minute how-to segment on Nickelodeon’s SK8 TV, and dreaming about the convenience of having ramps and skate obstacles at his house, Marcus tried out making his first ramp with a few friends. After a few iterations of building ramps that were too steep, too mellow, too narrow, and not sturdy enough, he finally figured out how to make a decent ramp and built quarter pipes, a launch ramp, a half pipe and a grind rail. Recognizing his passion for building and creating things, Marcus went to college at UC Berkeley to study Mechanical Engineering. While at UC Berkeley, in 2000 he learned that UC Berkeley Strawberry Canyon Sport Camps were looking for skateboarding instructors and a crew to help them build the new park for the inaugural year of the skate camp. Marcus joined the build crew with professional ramp builders and professional skaters where he started learning some of the proper techniques for building large ramps. In 2010, wanting to get back into ramp design and building, Marcus put in an application to build SK8 KAMP, a temporary skateboard park at the week long Burning Man Festival in the Nevada desert. He got accepted and built a ~30’x30’ skatepark that was a huge success in that multiple pro skaters came out to shred it and many skaters were excited to help build it bigger and better the next year. After the event, Marcus donated the ramps to West Oakland’s Town Park where he has helped build a number of ramps before the park got upgraded to cement. Marcus continued to build SK8 KAMP at Burning Man from 2012-2016 and is always searching for places to build new creative ramps. Today, Marcus likes to collaborate with skaters, ramp builders, and artists to design and build temporary and permanent skate ramp installations at festivals, events, private spaces, and public spaces.

When does the course start and finish?
The course starts now and never ends! It is a completely self-paced online course - you decide when you start and when you finish.
How long do I have access to the course?
How does lifetime access sound? After enrolling, you have unlimited access to this course for as long as you like - across any and all devices you own.
What if I am unhappy with the course?
We would never want you to be unhappy! If you are unsatisfied with your purchase, contact us in the first 30 days and we will give you a full refund.
off original price!